Can those of us who are anti-left take any hope from recent polling? The answer has to be yes, for with a 10% drop for Labour, it exposes a definite chink in the armour of Ardern and her media army. However the major part of the polling still shows an irrational degree of support. Sad when its a govt that is probably the most socially and economically destructive ever in New Zealand history. However, with a corrupted media a la Venezuela, that’s what you get. 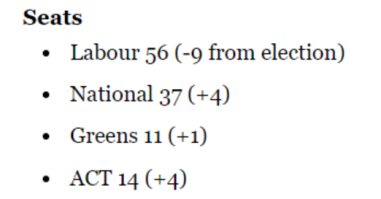 The hope lies in the unprecedented event that in the Reid Research poll of late July, twice the shift against Labour went to ACT rather than National. It signals that many seeking a right wing alternative clearly don’t see the Nats as satisfying that need. The interest now is in how National deal with this stark message.

However even though Tova and her media friends have done their best to beat her down, Collins has still brought the National vote up 1.5% and her personal vote up 2.6%. At this stage therefore there’s no rational reason to replace Collins as leader. (Helen Clark was once far less personally popular than Collins is today.)

Rationale doesn’t apply though to Tova’s leaking buddies in National’s wet left faction, who share the media’s dislike of Collins. Mainly the remainder of the group that appointed the walking disaster Muller as leader. They’ve now shifted their support to Christopher Luxon and include Chris Bishop, Nicola Willis, Todd Muller and Luxon himself of course. (These are the same people who still support lame duck party President Peter Goodfellow even after his string of  disastrous selections.)

If the wet left faction replace Collins it would be a move that challenges logic and the trending of recent polls, but they’re the same people who were guilty of the rank misjudgment of electing Muller, so it can still happen. (There’s a complicated irony here in that Collins herself voted for Muller. Here’s a link to the voting.)

If the left do succeed in electing Luxon, it will only give the media more ammunition to call the Nats disunited, and its certain they will stark hacking away at Luxon as they hacked away at Key, English, Bridges, Muller and Collins. 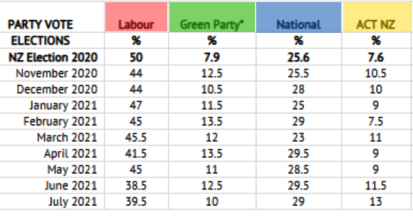 Maybe such an event should be a signal for a split in National, and a move away from the wet left faction that has constantly undermined the founding principles of the party and is to a great extent responsible today for Ardern’s political dominance. If the imposter Nats succeed in electing Luxon leader, the real Nats should either quit and go to ACT, or alternatively, form a new party with ACT.

Such a party could be called the Reform Party, or some such similar name, and it should set about the task of repairing what is at the moment a destitute and fast declining society, on the road to separatism and a Zimbabwe like collapse. Current polling clearly suggests there is an expanding market for such a party and how many times have you seen the words “if only we had a real choice” expressed in discussion forums?

If there is a move to make Luxon leader it should trigger such a split. Then at last we will have a choice free of the left wing infiltrators who have been busy destroying National and by logic New Zealand for a couple of decades now. 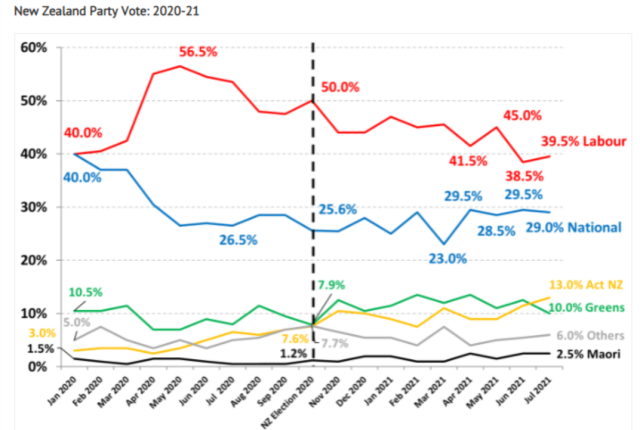