South Africa- a deception we have yet to learn from

The New Zealand media has published a number of articles to celebrate the 40th anniversary of the cancellation of the Springbok rugby match in Hamilton, and later the end of apartheid in South Africa.

In terms of democracy, one man one vote is the standard, and leaving side those born in the country, if you allow a man to enter it, and work and pay taxes and put down roots, then he should have the vote.

The history of South Africa is long and complex, but in modern terms, there is an aspect to the anti-apartheid campaigns that the mainstream media have never really addressed and it hasn’t been addressed in the anniversary pieces written at the weekend.

Apartheid in South Africa was used as leverage to install communism. When many well intentioned New Zealanders took part in the anti-apartheid demonstrations, they never really understood this underlying motivation. The leader of the campaign in NZ was an avowed communist and is still one today.

South Africa is today an anti-democratic disaster, so the ambition to install one man one vote has failed, but the communists were successful in that they control the southern tip of Africa, and thereby one of the most important trade and naval security routes on the globe.

Communists used similar tactics in Rhodesia, now called Zimbabwe. They’re trying to use them again in the United States, Australia and New Zealand.

The basic communist strategy, explained in Saul Alinsky’s book Rules For Radicals, is to latch on to an issue in order to create a divide, or many divides if it is possible. If there are no convenient issues, then they manufacture fake ones. The resulting division destroys social cohesion and weakens the victim country. In South Africa the issue used to divide was racism and/ or apartheid.

In the US the divide is once again race, and most of the leaders of the various groups who claim they’re working to destroy racism are really working to create as massive a social divide as possible and ease the path to communism. The Biden govt with its campaign against the fictional threat of “white supremacy” is the latest manifestation of communist deceit. 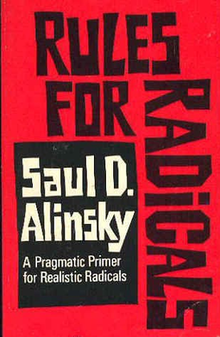 The same pattern is being followed in Australia. Once again the cause of racial injustice is being used to destabilise and fracture the state, and communists are at the forefront of the movement.

New Zealand too is heading down a similar path, as the manufactured injustice of racism grows daily and as the communists gain more resources, more power and more influence.

The principle we have failed to learn and that we stubbornly refuse to acknowledge today is that if there are true injustices, they must be dealt with in their own right. Communists must not be allowed to leverage them for political advantage. However when they control most of the media, and academia and are well settled in the halls of our parliament, its not easy to dislodge them from their mission.

New Zealand must learn to recognise fake injustices and thereby remove the opportunity for the division the communist thrive on. A united, coherent and cohesive society is something communists hate, for it leaves them powerless.