The issue here is tyranny and mass murder, and while Hitler and the Nazis were guilty, they’re only one of a large number of like tyrannical systems. The truth is the greater amount of such crimes against humanity were committed by communist leaders, so why are communists virtually running Jacinda Ardern’s anti-terrorism hui? 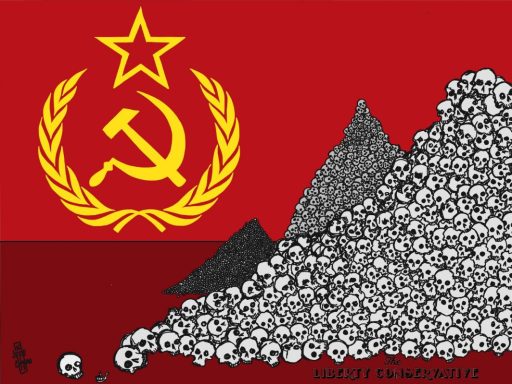 Antifa are using the anti-terrorism hui not just on a political level, but on a personal level, with characters from the extreme left of the political spectrum using the power afforded to them by Dept of Prime Minister and Cabinet  to attack other users on Twitter, and gloat over their successes in getting them banned.

This is a gross abuse of the Prime Minister’s Dept and someone, most likely the organisers of the hui need to be brought to account. That vile communist rabble like Byron C Clark and Valerie Morse should be openly influencing the Dept of the Prime Minister is staggering in its political inappropriateness.

Apparently the attendees at the “hui” had Twitter’s US representative (a Mr Nick Pickles) on the line from the US, and they asked him why he had not taken action to cancel the account of the Action Zealandia group, who the members claim was a “far right neo-nazi” group. The group denies this allegation and have not been convicted of any crimes or breaking hate speech laws. It is not suspected of any terrorist activity. (the group is not known to or associated with this blog)

When Pickles said he would review the account, he was booed. Valerie Morse told him “If the Christchurch Call meant something to you, then take them offline.” The account was cancelled yesterday.

Valerie Morse now says she belongs to the “Foundation Against Islamophobia and Racism” but over time she has been associated with numerous groups all designed to divide and undermine and weaken Western society. Most of these groups have had names typical of communist subversive organisations in that their real standpoint is frequently the opposite of what the name implies.

As a member of Peace Action Wellington she has constantly attacked our armed forces, including burning flags at ANZAC day ceremonies. She has sympathised with ISIS and other terrorist groups by publishing books and statements criticizing US actions against such groups.

In 2007 Morse was arrested as one of the Urewera 17. She faced three firearms charges, including possession of a military-style semi-automatic rifle, Molotov cocktails and ammunition, after police raided on a military style training camp in the Urewera Mountains. You can read Morse’s own account of her arrest on the Marxist site Redline.

“We stand in solidarity with the Muslim Community in Aotearoa who are opposing these fascists. If they come here, we will confront them on the streets. If they come, we will blockade entry to their speaking venue”

Today she is busy as part of local Antifa associated groups, telling the Prime Ministers Dept how to behave and in a disgusting display of self-righteous hypocrisy, asking Twitter to ban extremists from its platform.

Byron Clark is another Antifa player, and influencing the hui through associations with similar fake anti-terror groups like Paparoa which also contains far left subversives arrested as part of the Urewera Terrorist group.

Clark stood for the Christchurch council and Mayor under the banner of the communist “Worker’s Party”. Like Morse, he has taken stances favouring terrorist groups such as the Taliban and ISIS over western forces. He was a founding member of “Fightback, (struggle solidarity, socialism) an extreme left breakaway from the NZ communist party.

He was heavily involved in organising Occupy Christchurch, a group of communists and conspiracy theorists who occupied Hagley park for 160 days in 2011-2012.

It is remarkable that the “hui” appears to have been taken over by Morse and her comrades, but it appears to be a fact, and by this means, the whole occasion has been turned into an irresponsible and politically choreographed farce.

Organisers and participants need to be held to account. This was a grossly deceptive charade, and the politically neutral Dept of the Prime Minister should never have been associated with it.

Why are we not surprised that it occurred under International Union of Socialist Youth leader Jacinda Ardern’s administration?