We are awash in lies, and media’s alliance with govt is a big part of it

Recently a mainstream “journalist” wrote a piece notable for revealing that each Monday morning there is a meeting between the Prime Minister’s Dept and the political editors of the mainstream news outlets. One would have to assume that the PM’s Dept says who can take part in these sessions, so news of this arrangement does nothing to dispel the widely held suspicion that media is in the thrall of Ardern’s govt.

Its an arrangement that stinks to high heaven. What is “discussed” at the meetings, held outside the view of the public? Does the media question or criticise, or does it merely take instructions? Does any media person asking awkward questions get disinvited from any following meetings?

Right now in New Zealand, it seems to many that apart from token areas of disagreement, the media acts as a mouthpiece for, and is controlled by the govt.

Why does it seem thus? Well, first off there’s the money. Millions of dollars drip fed to the media before and after the election, and as part of this funding, media had to agree to push the govt line on Maori. Secondly, there’s the media’s apparent willingness to control the message and punish or fire any employee who won’t comply. 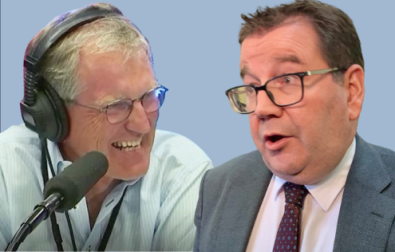 Examples? Michael Basset got fired by the Herald for daring to write the truth opposing govt messaging on Maori. John Banks got fired by Magic Radio for roughly the same reason. Sean Plunket was either pushed or he jumped, but the underlying reasons were his criticism of the govt. Who knows what other pressures are applied to employees to force compliance and conformity?

Thirdly, there is the govt’s own actions in refusing to appear with known critics. Jacinda Ardern pulled out of a thirty year traditional spot on NewstalkZB because the questions made her uncomfortable. Treasurer Grant Robertson had one of his employees admonish Peter Williams for his questioning, before telling him he would never again appear on his show.

Fourthly, hundreds, or perhaps even a thousand people had their accounts closed by Twitter, mostly under false pretenses. This undoubtedly occurred after liaison between the PM’s office and Twitter, for there was no other way Twitter could have assembled the list of names to be silenced.

There’s more. Police and Security Intelligence Service have been door knocking people and warning them of suspected transgressions. For harmless posts on Twitter or Facebook. Some have been prosecuted under dodgy subjectively worded laws passed by Ardern in the last few years. 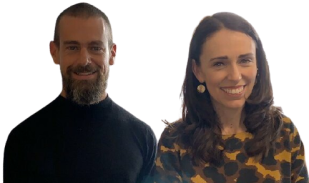 People have been fired from their jobs when govt employees and even MPs have mounted public campaigns and even petitions against them for speaking unapproved speech. The companies firing these employees are all receiving massive funding from the govt.

So basically today in New Zealand, if one seeks to read or listen to fair criticism of the Ardern govt, one must visit websites detached from the mainstream media, or listen to podcasts. If you wish to speak freely, you’re more or less obliged to use Gab or Parler or Telegram, and videos are best kept to Rumble or other more obscure outlets. The mainstream providers like Twitter, Facebook and Youtube are ruthless and arbitrary in who they cancel.

Even these avenues are under threat. Ever since Ardern first came to power she has been muttering about silencing free speech, and especially on the internet. Her reach is limited to mainstream outlets for now, but who would be surprised if if it was extended to the more obscure sources?

So Ardern has almost free reign to lie as she wants to. About the environment. About rising temperatures and sea levels. About electric cars. About oil and gas exploration. About coal and coal imports. About Maori partnerships. About censorship. About terrorism. About “white supremacy”. About gangs. About housing. About poverty. About what our kids are being taught. About roads and bridges. About our economy. Even about the media and TV One and Radio NZ.

Jane Morgan was visited by the SIS for this harmless tweet

Its a disgraceful situation that has not been noticed by many because of the gradualness of its implementation. Jacinda Ardern has slowly but steadily shut down all opposition to her govt, and is now having weekly meetings to tell the media what to write.

Its a situation totally destructive to traditional ideas about western democracy and the role of the fourth estate, but the real issue now is how do we escape from this totalitarian mess? There are no obvious solutions and the future looks even more bleak. Perhaps there is no other choice but to allow things to run their course, and when things finally go tits up we can only hope that those tyrants who brought this disaster upon us get what is coming to them.

The Stasi got theirs after the Berlin Wall was taken down.