New Zealand should have been alerted during the 2017 election campaign when budding Prime Minister Jacinda Ardern made the preposterous statement “I do believe it is possible to exist in politics without lying”. She then went on to claim she had never told a lie (in politics).

In reality, lying in politics today is endemic. As Russian writer Aleksandr Solzhenitsyn said about his homeland under communism, “In our country the lie has become not just a moral category but a pillar of the State” so it has become in New Zealand under what is absurdly referred to as “democratic socialism”. 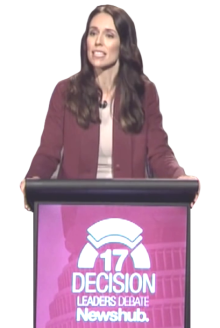 Ms Ardern claimed in 2017 she had never told a lie

The tyranny Ardern yearns for does not yet encompass the globe, so she can’t stop the movie “They Are Us” being made overseas. She can stop it being shown in New Zealand. She just showed how with a YouTube video she didn’t like. No one but the lame statist puppet called the Chief Censor and a few “Maori” activists knew what was in the video but it was stopped on totally subjective grounds.

The short clip was judged an “offensive publication” and guilty of “inciting racial disharmony”. It was taken down from Youtube and its maker arrested and charged with the above offences. Why can’t this happen then with “They Are Us”?

Ardern could also limit the movie’s exposure over much of the Western world by pleading with her “Christchurch call” comrades in global leadership positions to do as she could do in this country. Censoring the movie throughout the world would damage the financial projections so badly it likely wouldn’t be made.

Here’s some truth again. She really doesn’t want to stop it. One only has to look at the people behind the movie to know its a sickening propaganda publication designed to boost Ardern’s image globally. Director Andrew Niccol stated publicly that the film would be-

“a love letter to Jacinda and to the two mosques and an inspiring story of what Jacinda was able to achieve over the week after the attacks”.

Simultaneously it will without a doubt portray Brenton Tarrant, that brutal psychopathic coward as a “right winger” or even a “white supremacist”, the left’s current “villaine de jour”. Again the truth is that he was a deranged lunatic who if he had any political affiliation at all was with the left. He called himself an environmentalist and praised the tyrannical govt of Communist China. No doubt if Ardern hadn’t hurriedly censored his manifesto, we’d see much more evidence that he was really left wing. 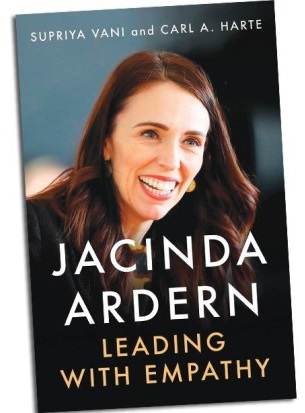 Unless its makers have a sudden attack of conscience, the movie will be made and it will be shown in New Zealand. All that really stands in the way are the misplaced concerns of a few sincerely upset Muslims, who have the wrong end of the stick in not yet realizing the movie is to Jacinda’s advantage and therefore to their advantage.

That misconception will soon be put right by a bit of gentle political argy bargy within that community, and the movie will proceed, and Jacinda will bask in the glow of being its heroine right up to election 2023.

Her slavering fans are clamouring to hear more lies from their cynical self serving princess whose 2017 election claims “not to lie” have been utterly shredded. Over the last 4-5 years, in her govt of broken promises, failures and contrived excuses, she has made Mr Solzhenitsyn’s quote above come true. Jacinda Ardern has made the lie a pillar of the New Zealand state.