How can this mean anything else but shared government?

Jacinda Ardern and her stone cold baby faced Stalinist comrade Chris Hipkins deny there are any plans afoot for a sharing of govt with a Marxist race based activist group claiming to represent Maori.

The activist group have a different opinion. Their leaders are list MP Willie Jackson of the Labour party’s so called Maori faction, and the Marxist propagandists who stand in parliament under the misnomer of the Maori party. For once, Willie is right, and for Jacinda to deny the reality that he and his commie mates want to run NZ over and above every other cultural or ethnic group is Alice In Wonderland fantasy.

This objective is made plain in the He Puapua report, not least by the following diagram, which is an undeniable representation of a 50/50 share in govt by 2040.

Listen up Marxists, Willie and friends- we know you do not represent Maori, for too many NZers with Maori blood write to this blog and on Gab and other social media saying they are ashamed and humiliated by the words and actions of your group.

They say almost every time they see another self professed Maori in the media it is some white saviour over-identifying with Maori ancestry and virtue signalling at warp speed. Usually with the prime motivation not being the perceived plight of Maori but their own advancement in politics, media or activism. 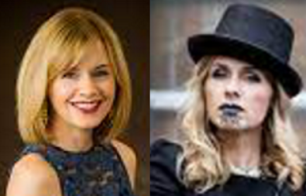 The message they send to Willie is “For God’s sake, stop whining and whinging and always demanding more special treatment. You are systematically destroying every last vestige of our race’s Mana”

Its a good message. Who isn’t sick of seeing these self promoting phony white saviours in the media, often with faces freshly tattooed, calling themselves Maori and endlessly demanding both handouts and privilege. Anyone with any degree of self respect would be utterly ashamed. Unless they were a professional bludger, right Willie?