Abject Propaganda on Three Strikes Law from Pravda One

TV One is the NZ govt owned news service that many people call Pravda One, because it often acts as a propaganda arm for socialist causes. Its adding to that reputation with a news item today on the repeal of the “Three Strikes Law”.

(The irony is that most of the presenters and “journalists” who work there have never been taught history, and therefore have no idea what Pravda was. Or even the cold war or the Soviet Union. Its all a mystery to them). 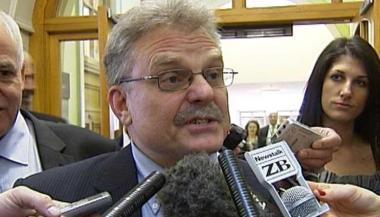 ACT MP David Garret was hounded out of parliament by the left, who hated his Three Strikes Law

The Three Strikes Law has always grated against the left’s liberal soft on crime sensitivities, since it was introduced by ACT’s at the time spokesman on law and order David Garrett, and legislated by the National Party in 2010.

Mr Garrett was punished for this “crime against humanity” in an early case of cancel culture, when it was discovered he had been convicted of falsely obtaining a passport in his youth. The left as usual drew down on emotion by labelling this fraud as “assuming a dead baby’s identity” and after weeks of harassment, Garret quit the ACT party and parliament in tears.

However the law remained in force, and it has always rankled the left. Now TV One are doing propaganda against it for Jacinda Ardern and her Justice Minister Kris Faafoi, once a TV One reporter. Faafoi has risen to also be “Minister for Media”, so he’s got the means to apply pressure to broadcasters.

The article (and accompanying video clip) is totally for the proposition to cancel the law, and no balancing alternative opinion is included at all. Two liberal lefty lawyers, one a bearded balding gentleman, and the other a middle aged blonde, and both obviously familiar with legal aid procedures and lengthy criminal trials, give their views and pronounce the law unjust and unfair. No supporting examples are provided. No independent sources are referenced.

Cut to the ever smiling and genial gnome Kris Faafoi, who says he is hoping to introduce legislation to repeal the law later in the year. Not only will it no longer apply, but people jailed under the third offence clause will have their sentences reviewed.

Kevin Kenrick is CEO of Pravda One

At a time when the country is awash in crime, its unlikely such a law change will be popular. The Ardern govt is already perceived as soft on crime and removing the tree strikes law will add to that perception. Ardern will always put ideology before practicality and common sense. Hence the need for buckets of propaganda, and that’s where TV One enters the picture.

Watch for it to keep producing such stinkingly biased pieces more and more as the deadline for changing the law gets closer. They’ll make token gestures to cover opposing positions. For example Jack Tame will do a QandA on it, but make sure the outcome favours the yes vote.

TV One is a modern day Pravda sure enough, but even if the neo-soviets working there knew what that meant, they wouldn’t change their approach. They’re all quite happy to act as Palace Guard.