ACT lives up to its yellow logo

Eureka! Apparently David Seymour has suddenly discovered there are sources of information outside NZ’s mainstream media.

“Evidence from the UK is now showing tested infection rates twice as high for vaccinated as unvaccinated. If vaccination does not affect transmission of Omicron, then what is the justification for vaccine requirements?”

This may be news to David Seymour but its not to the millions who long ago turned away from biased govt owned mainstream news sources for outlets they can trust.

It is ironic too, that Mr Seymour’s sudden change of heart has been brought about only by means of the political pressure applied by the very protestors he has constantly maligned and rated as worthless in terms of votes.

In fact it has been clear for many months that the vaccinations don’t work, and many authoritative sources state they actually lower natural immunity, thereby making the vaccinated more likely to become infected. A double blunder when it now appears natural immunity is the most effective remedy.

Official numbers on the ratio of vaccinated to unvaccinated catching the virus appear to support this theory.

Whatever David Seymour says now, its too little and its far too late. Political leaders have to be in touch with the public. Mr Seymour has proved himself far too detached from reality to hold the leadership position of any organisation and he has to go.

Especially when that organisation claims to have “freedom” as its focus, yet is blind and deaf to breaches of the Human Rights Act that have been unending for two years.

If Mr Seymour had had his ear to the ground as he should have, he would know that the future scenario for all who forced the vaccination on the public is looking exceptionally grim, not only morally but legally and financially. In backrooms, govts and corporates across the west are developing strategies for dealing with future protracted and costly legal proceedings.

We’re looking at a social and political upheaval that will shake the western world to its foundations. 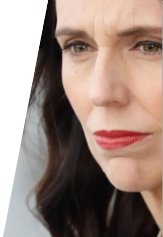 Politicians who spent billions of taxpayer dollars buying a non-effective remedy, who derided more effective remedies, who fear-mongered  with wildly inaccurate modelling, who presented false death rates for the virus, who criminalised and persecuted dissenters and truth tellers, and who deliberately concealed fatal or crippling side effects are all going to be scrutinised and held responsible.

Many of us hope too that the despicable mainstream media, who completely failed to do their job in holding government to account and were therefore a major part of this deceit, will also be punished. God knows they should be!

As the truth comes to be revealed, we can’t thank journalists. It is only being forced into the open by a people’s uprising, and that uprising in most cases has been vilified by the cowardly media. In a stark display of treachery that has proved the contempt they have been held in for so long was more than justified.

In a huge demonstration in Australia, the crowd chanted “sack them all”. They did not just mean politicians. The media too, who enabled this fraud and this vicious unforgiveable assault of traditional western liberties with an onslaught of lies and fear mongering should also be sacked.

In Canada, even military leaders are speaking out against Trudeau’s tyranny.

In a rare demonstration of courage and principle, former National party MP Matt King resigned from the party in despair of its treachery to its electoral base. Everyone else in National deserves contempt in equal amounts to Jacinda Ardern, the Labour party and the thug speaker of the house Trever Mallard. Unless they too have the sense to quit the party.

Our govt, assuming so much power it has contravened every part of the Bill of Rights, is tyrannical, bullying and like all bullies, cowardly. Our opposition parties, infiltrated with Marxists who should rather be in the Labour party, are weak and ineffective. Our media are likewise despicable politically compromised Marxist harlots. Our country overall is a dysfunctional undemocratic quagmire.

That’s why the people are at last rising up. Really, they should have been doing it a decade ago.

Matt King has recorded a video message supporting and encouraging the Wellington protesters. Shame that to do this he had to resign from the National Party