The demise of the National Party in its current format is long overdue, and all we can hope for now is that recent events hasten badly needed reform.

This week’s sequence of catastrophes was set in motion Monday when Tova O’Brien interviewed Simon Bridges on his leadership aspirations. (see video below) Ms O’Brien has hated Judith Collins for a long time and led unceasing mainstream media attempts to undermine the Nat leader.

Mr Bridges knew a leadership challenge from the Luxon faction was imminent, and aware if he delayed with his own plans, Luxon would have the jump on him. In the interview Bridges did everything but openly declare his intent to challenge.

The Tova O’Brien interview with Simon Bridges, where without stating it directly, Simon made it
pretty clear he intended to challenge for the leadership “before Christmas”. It was this interview
that enraged Judith Collins and led her to the rash response that precipitated her sacking.

When Ms Collins became aware of the interview, and as feminist politicians are want to do, she allowed her emotions to over-ride her good sense. She should have put Bridge’s act of subversion on the back burner and attacked the govt on its starkly undemocratic passing of the Covid 19 “traffic light” bill, basically a vicious attack by Jacinda Ardern on the civil and human rights our forefathers gave their lives to defend.

Instead Collins became further enraged when Bridges would not answer his phone, and issued a press release arbitrarily stripping him of his portfolios. Using as a pretext a complaint made against Bridges five years ago in an event that had already been addressed and settled at the time.

This rashness was the chance her adversaries had been waiting for. A caucus meeting was called where Collins was sacked and the leadership declared vacant until Tuesday.

Luxon had the highest vote in the Kiwiblog poll, but more prefer someone else

For those of us still waiting hopefully for some sign of change in National’s sad left wing trajectory, there’s little comfort on the immediate horizon. Polls on the preferred new leader for the Nats are extremely depressing. There’s really no one standing worth support, and this is shown to be true by the wide spread of votes.

Although Christopher Luxon appears to be the front runner, (supported by the discredited Todd Muller faction) numbers are so widely distributed there are far more against him then for him. It would be bizarre for the Nats to elect the extra-woke Luxon as leader when most center right parties have seen through this loathsome leftist deception and are fast moving away from it, but they will probably do it. 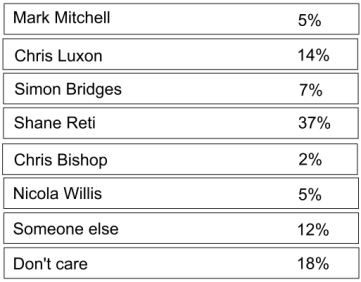 BFD commenters show a preference for Shane Reti, but the numbers are still scattered

Even more astounding is that only a few years ago, Luxon was hand picked by Ardern to lead the idiotic charade she called her Business Advisory Council. Simon Bridges had the good sense to scorn it at the time, and you can see him doing so in the video below. At the same time, Luxon is nodding vigorously in agreement with Ardern. How is it that the leader of this partisan farce is now the front runner for the National leadership? Just incredible.

Video shows Luxon and Ardern nodding along to each others meaningless waffle.
Watch to the end for Simon Bridge’s accurate comments

Luxon has some media cred as a “businessman”, but he made a very wrong call in his alliance with Virgin Air, and the agreement disintegrated in disharmony and acrimony. It is whispered that Virgin’s boss, an experienced airline executive, regarded his NZ counterpart as an incompetent imposter.

Air NZ received a stack of woke awards for “diversity and inclusion” while Luxon was at the helm, including “rainbow tick” accreditation. He is a firm believer in the climate change scam, and presided over the conversion of all company cars to electric. (Electric cars are the ultimate in virtue signalling BS, and actually provide no overall environmental benefit. That Luxon doesn’t know this doesn’t say much for his intellect.) 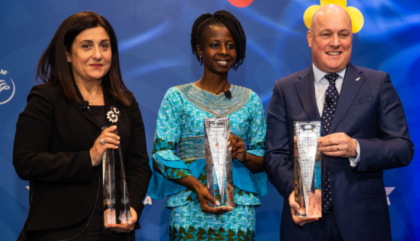 Air NZ won numerous diversity, gender and inclusiveness awards while Luxon was at the helm of the company

When extreme left Alinsky disciple Barack Obama visited NZ and arranged intimate dinners at his exclusive Bay of Island’s resort stay, Luxon was one of the few chosen to attend. 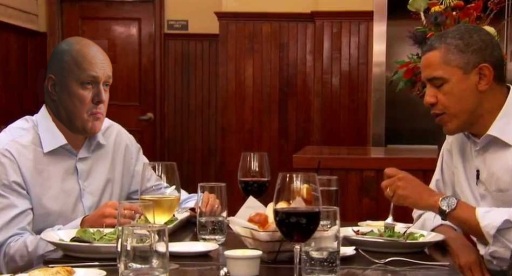 Luxon was one of a very small number of NZers invited to an exclusive meal with the far left Marxist Obama when the ex-US President visited NZ.

To cap all this off, Luxon has also been supportive of the “build back better” or “great reset” concept as pushed by the hard left in their efforts to reform free pluralist western societies into one party socialist states uniformly acting in compliance with United Nations dictates.

Chris Luxon on Chinese (English language) TV where he praises Jacinda Ardern for her handling of the Covid19 issue, and agrees with the global left that recovery from Covid is a chance to “build back better”

Note: have posted the above video to my Youtube channel. Readers should feel free to link and distribute.

If Luxon wins, his choice for deputy will be gender rather than merit driven, and its likely to be Nicola Willis or (God forbid) Erica Stanford. Both unwittingly extreme left on the political spectrum and about as politically naïve as you can get. (featured in recent articles on this site. Willis here and Stanford here.)

Stanford in particular typifies National’s slide to the left as engineered by president Peter Goodfellow’s selection of completely unsatisfactory candidates. Once a reality TV producer, she is heavily committed to green politics, in particular cheering for brainwashed schoolkids to engage in school strikes for climate action.

She is good friends with the self confessed psychologically unstable Chloe Swarbrick, and leans so far left on most environmental issues (including rabid support for the charlatans of the Climate Change Commission) she should rather have joined the Green Party.

That Goodfellow chose her as candidate for East Coast Bays is why he should have been sacked. (He would have been if Judith Collins had not betrayed David Carter at the last minute when Carter challenged for the presidency). 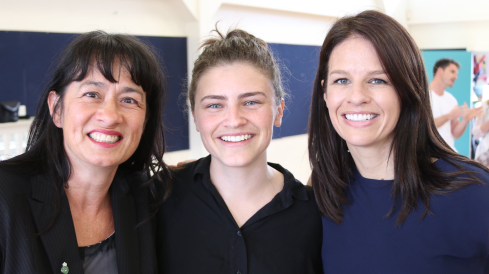 If successful, Luxon and his backers (who were responsible for the tragedy of Todd Muller) will hasten the demise of the National Party, and that’s probably not a bad thing considering what it has become. The real issue is that NZ will decline too, in an accelerating collapse into Venezuelan style chaos.

That’s democracy they say. Except it isn’t. NZ hasn’t been a democracy since the left took over the media and crippled its essential role of challenging the powerful and promoting a plurality of ideas and philosophies. This dysfunction is one reason for the demise of Sid Holland’s party, but the bigger problem by far is management’s connivance at the infiltration of National by wet weak liberals who would be far more suited to the Labour or Green parties.