Over the years, New Zealand has signed up to some damaging socialist concepts, and in too many cases, the party that signed us up has been the National Party. Want an example? Its easy. Here’s one-

The RMA is probably the most damaging piece of legislation ever enacted in NZ, especially to our investment sector. It was the brainchild of Labour’s Geoffrey Palmer, and if the Nats didn’t think this was bad enough, they should have been alerted by Palmer’s stated objectives. Which were-

“giving effect to the Treaty of Waitangi, cost-effective use of resources, the World Conservation Strategy, intergenerational equity, and intrinsic values of ecosystems”

Labour lost the 1990 election, showing the public’s lack of appetite for socialist strategies disguised as do-gooding environmental policies, but despite this, Palmer’s work was enthusiastically carried on by National Environment Minister Simon Upton. The RMA was passed into law in 1991. It soon proved to be the dog everyone except National knew it would be. Lukewarm attempts to reform it have all failed.

National’s latest excursion into left wing tactics is their rabid support for Labour’s Housing Supply Bill. This bill is disguised as a solution to high house prices.

National seem oblivious to the fact that much of the huge swell of opposition to the bill is coming from their traditional support sector. Their Housing spokeswoman is Nicola Willis, who says so naively-

“it will cut red tape, allow for more much-needed housing and reduce the costs, complexity and delays associated with the consenting process.”

Willis’s views are probably pretty much dominant in her party. Judith Collins supports the bill. David Farrar did a post supporting it. National made a big mistake with the RMA. Likewise today National’s hierarchy apparently has no idea that by implementing Labour’s Housing Bill it is making it even more impossible for New Zealand to be shaped according to the founding principles they presumably all signed up to when they joined the party.

More politically astute people in the US know what its really about. Here, with a totally corrupted media, the public will probably never get it, and if they’re relying on the Nats to look out for them, they’re going to be let down again. 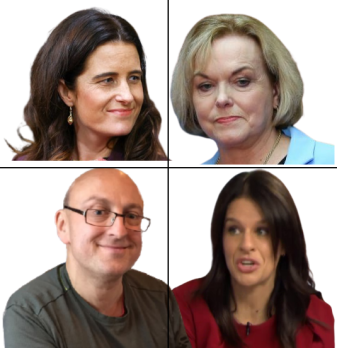 If you’re curious as to the argument against this bill, you can go to an article on this blog written in April this year. The guts of it is in a quote from author Michael Savage,

“.. one of the left’s next targets will be suburban housing, which the left see as enclaves of rich privileged whites, and they plan to migrate large numbers of immigrants into the suburbs using freshly built high density housing. Most of the groundwork is already in place for this transformation, in Democrat controlled states and regions.”

The real reason the left are pushing this bill through is to effect demographic change and alter status quo voting patterns. One could go on about where the idea came from, (mainly the UN) and who is pushing it and how, but space prevents.

Bottom line? National are cutting their own throat, but worse, their cutting our throats as well. Why? Well, that’s the big question. The answer can only be one of two possibilities. 1) National are utterly and completely stupid, or 2) they have been purposefully infiltrated by left wing imposters. (Don’t laugh. There is anecdotal evidence of this strategy from the left going back decades, and this writer has read personal accounts from leftist university graduates who have been approached to do this)

Read the linked post above. Its lays it all out, and the Nats are willfully blind if they can’t see this is just another left wing ploy to make socialism the default and only political choice on the ticket at all future elections.